The Foxiest Fox in the Skulk

The prize for best diplomatic chess player goes to Vladimir Putin, the foxiest fox in the skulk. Yes, in part the term "foxy" might connote physical attractiveness, which is true, especially when he appears in full hockey regalia (although he does show tell-tale signs of aging with an emerging sagginess of skin around the jawline). Yet, foxiest in this vernacular also connotes "most slippery" in achieving his goals.

He pulled off a magnificently malevolent comment this week. He said that hackers are like artists, creative beings who, like painters, might wake up in the morning so happy that they are inspired to paint - or hack. He posited that their motive would be fueled by patriotism to Mother Russia.

Herein lies his brilliant manipulation. Perhaps he knows that American intelligence has ironclad proof of Russian state-sponsored meddling in the presidential elections via internet hacking. Perhaps he thinks its time to get even more subtle in his subterfuge to make him smell more sweetly on the global stage.


What could be better for one of those state-educated Russians idylling in a drab apartment than to be flattered for their artistry, compared to a fine artist. No longer a computer nerd, the hacker is now elevated to a status the likes of Plutenko by the President himself.

The coup de grace is the connotation that such illegal acts are in fact patriotic to the Motherland. No worries that these fine hackers will need a poison taster anytime soon. 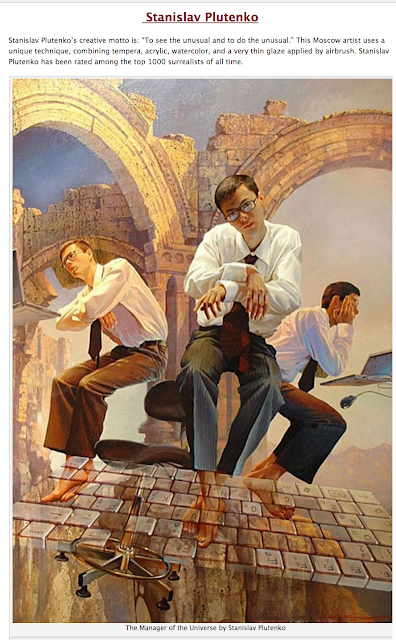