I came of age in the 1960's. In my twelfth year on earth, I experienced what it was like to be a minority when I represented the local teen chapter of the N.A.A.C.P. at their National Convention - the sole white face in a sea of dark-skinned people. My parents took me to the march on Washington at the age of fourteen to hear Martin Luther King Jr. deliver his "I Have a Dream" speech; at the time, no one dreamed that it would become the quintessential speech of the 20th century. In college, I marched on the Pentagon to protest the expansion of the Vietnam War into Cambodia and felt noxious tear gas burn the lungs and blind the eyes. And the night Nixon was elected, I was rounded up at a demonstration in Times Square and felt the boot of a policeman connect with my backside, turning my body into a blue-jeaned projectile hurtling into the paddy wagon.

Then and now, lobbying for progressive change meets with serious headwinds from those who lack empathy for "the other," not realizing that the viability of the parts effect the efficacy of the whole. However, this election season presents an ominous vein threading through the national psyche and my heart is heavy with fear - could it happen here? Could this unbalanced demagogue with an unbridled propaganda machine possibly lure the American people into his insanity?

A good many millions of the electorate support Donald Trump, a man who has shown himself to be a propagandist of extraordinary magnitude. No untruth is too bold to propagate, no idea too outlandish to declare as fact.

Whether one be a conservative or a liberal, unleashing this man on the world stage would be a serious setback for humanity. With a new wrinkle in the election season - an unprecedented bid by the Republican F.B.I. chief to derail Hillary Clinton at the eleventh hour, what was obvious has become painfully underscored.

There is indeed "a vast right-wing conspiracy" to take down the Democratic party and cement an agenda that turns back our human rights. For those who object to Hillary Clinton, just image the alternative. To invoke several platitudes, life does not exist in black and white and the journey of a thousand miles begins with the first step. To ignore the obvious at this juncture in history would be a grave error. As for me, I can only pray the sanity prevails. 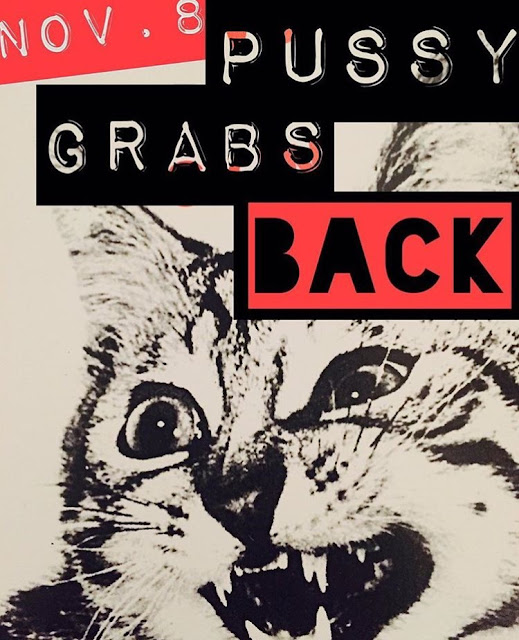 Long gone are the days when one could click on a You Tube video and get content immediately. Popular sites now monetize their wares with advertisements that let you "skip ad" in 4 seconds to get to the beef; in some cases a full 14 seconds of advertisements must be endured.

This trend leads me to contemplate the very nature of advertising. Why would a business allott their hard won dineros for an intangible thought form to be tossed into the general population in the hopes that the great washed will flock to their doors?

Because - spoken words coupled with visual images have a sneaky way of wiggling into neuronal pockets of the brain to live on and subconsciously bug us with their presence. Capitalists long ago understood this, so much so that our news and television shows are really just an entertaining break from commercials.

If advertising can influence us in their brief moment on a screen or radio, then what could a friend, parent, relative or boss do to our brain with a repeated onslaught of messages? If they are positive we will get a healthy individual. If the messages are mixed we get a conflicted individual. It they are negative, we get a sorely troubled individual.

Thus warned, it behooves us to express ourselves with life-affirming words, sentences and paragraphs. "Life-affirming" does not connote idiot compassion but rather a way of being-ness that seeks to bring about harmony and peace. Given the unenlightened nature of humankind, this may seem like a pie-in-the-sky idea. Luckily, enough sages and saints also walk this earth lighting the path to a more sane existence.
at October 02, 2016 No comments:

The Mirror of Self

Every individual sees the world from a subjective vantage point. How could it be otherwise? We have only our five senses (in some cases six or more) which inform our interpretation of the world and its kingdoms of near-infinite variety.

Moment by moment we are presented with a landslide of choices as to how we will perceive and process incoming information. How we will then craft "the story," based on a selective process, is colored by past experience. What gets accentuated and what gets filtered out become uniquely our own reality and version of "the truth," relative though it may be.

Sadly, ego-centric minds will slant their version of reality to fit self-serving drives which usually trump "the other." Fortunately, there do exist human beings capable of understanding the interdependent and dynamic nature of our being-ness -  even if that mind is biased by an intricate pattern of filters called the gene pool that stretches from the dawn of time into nowness.
at October 01, 2016 2 comments: